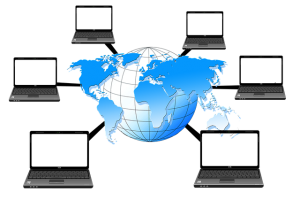 Due to COVID-19, the world has had to adjust to a new normal within this virtual atmosphere. Many industries have taken a hit due to not being able to adjust to their offices — and business is now being handled through a screen. Fortunately, the b2b industry has adjusted well to the new changes around it and has even learned how to excel.

So, what is the secret? How does an industry that thrives on face-to-face interaction and hard copy publication ad sales continue to stay afloat? Well, some people from top b2b publications broke down some secrets that keep an editorial team motivated in a virtual atmosphere.

Mike Woof, Editor of World Highways, kept it short and sweet when describing how he and his team manage to publish consistent content. “We keep it simple,” he said.

Jerry Grossman, an Editor in Chief for Digital Imaging Reporter, had the same idea of keeping it simple by adding in his own tips on how a virtual office setting, “will only work if people are dedicated.”

Even though the industry was slowly moving towards the digital age, the pandemic pushed it into overdrive. Fortunately, Grant Morgan, Senior Editor of TWICE, explained that the virtual atmosphere helped him adapt quicker and his advice on working virtually.

“We’ve learned that everyone can adapt quicker than they thought possible, and improvements can be made daily to communicate more effectively, thanks to technology,” he said.

Technology has helped virtual and communication move a lot faster and about 45% of other editors and associates agreed with Morgan on his tips on adapting to the virtual atmosphere. Other editors spoke about their experiences in creating new digital platforms for their audiences.

“We have been able to produce all of our publications, a daily at twice weekly and monthly, without missing a beat. Plus, we added podcasts this year,” said Tina Filipski, the Director of Publication for PBP.

A key factor of b2b publishing is keeping the audience engaged, so even though the world and the brands became virtual, the principles and the content continued to stay the same. And the number one rule was to stay consistent, keeping audiences informed and intrigued.

Dan Davis, the Editor in Chief for The FABRICATOR, described how his team keeps audience engagement in a virtual world.

“We remain dedicated to creating channels of communication that unites our audience with those trying to reach it. Looking forward, many of those channels look to be in the digital format,” he said.

Other tips that editors shared included: